The Characterization of Transgender Identities - Media and, Mindset - An Indian Perspective 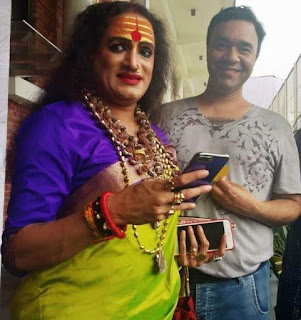 I had a bit of a fan moment at the recently concluded Dehradun Literature Festival 2018. I was formally introduced to the very vivacious Laxmi Narayan Tripathi India 's leading Transgender rights activist.

I love Laxmi's sheer energy and drive to change perspectives and include the Trans Community in the nation's Gender fabric and dynamics.

A lot of synergy with Laxmi's NGO Aastitva (entity) and the work I do in uplifting and development of the underrepresented groups and minorities, integrating them into our larger societies and majority identity.

There has been a deliberate mischaracterization of the portrayal of transgender identities in media and the prevailing sentiment of the majority because of it .. as the Indian society largely borrows from that lexicon of the ingrained bias that fails to dissipate. I have grown in the country in the initial years of my life and like many Indians, we are aware of the Hijra's Clap - an extension of the identity that has been associated with the community. A video a friend sent me today epitomizes how media and majority mindset play upon characterizing transgender people who suffer a wide range of issues that result in the frequent mental, physical and emotional violence they face in the country despite legitimizing, establishing the identity and existence of the third gender!

Perhaps now is the time to focus on the importance of integration along with inclusion and mark a new epoch to the personal and professional world we inhabit, #ChangeTheClap, Rejoice, not Ridicule.

Readers have commented and I have chosen to show a few, but great insights from them as listed below: 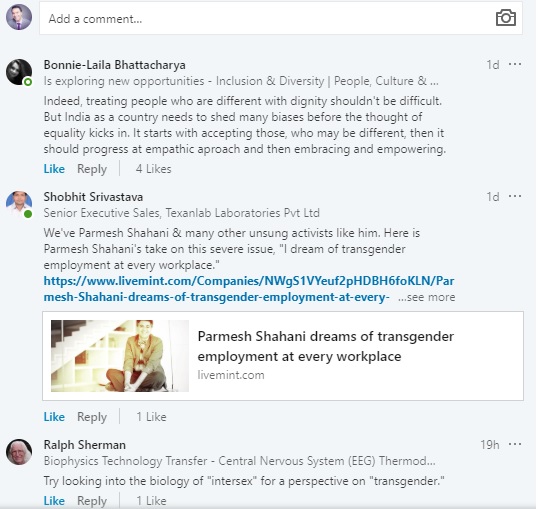