Dolce & Gabbana's Chopsticks campaign #DGLovesChina for China has fallen flat on their already sorry face. This is a brand I endorsed as a fashion influencer and I'm glad I disowned them with equal fervor over their constant radical political and racist stance both on and off the runway.

The advert is nothing less than racist and people who feel "what's wrong with showing a Chinese woman trying out different Italian delicacies ie. Pizza and Spaghetti for god's sake, with chopsticks" are really missing the point because Culture is not a cliche.

It's exactly about showing imagery that is perpetuating a negative, colonial, oppressive, and ethnocentric mindset of the western world towards Asian modernism. This is despite that it’s the Asian culture that's not just adopting, but adapting to the luxury mindset and also driving its boom.

Personally, this advert is very blatant to me and extremely out of context.

The brand Dolce & Gabanna is littered with denigrating stereotypes, heightened ethnocentrism, and massive misappropriation of modern China. I share the same perspective and sentiment as thousands of Chinese netizens who are coming out in hordes denouncing the luxury brand.

Also, this isn't the brand's first time around.. to be insensitive. Be it the racist earrings in the guise of paying homage to the African Culture, Slave Sandals, and their ill-fated #Boycott Dolce&Gabbana campaign, Their regressive views on IVF.. the fashion brand has been overtly boisterous in treading social, racial, and cultural lines in unpacking unconscious bias in the form of both verbal and visual impressions which has been a dominant theme right up to their leadership. 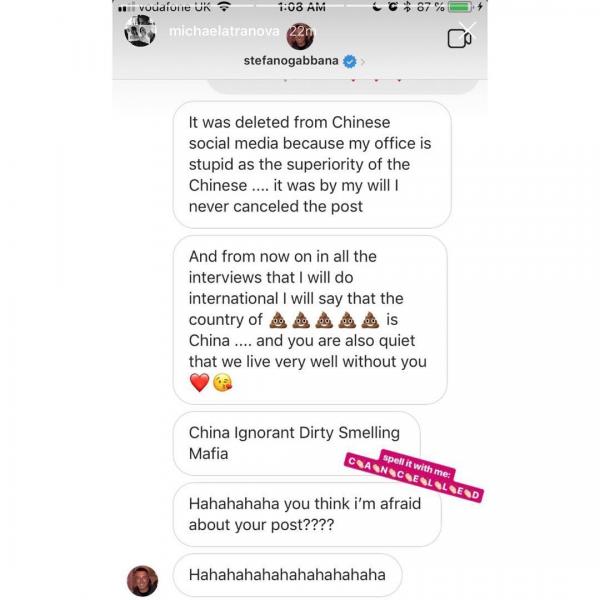 Stefano Gabbana can possibly write a thesis now on how to perpetuate stereotypes under the guise of fashion and brush off racist rants conveniently as an act of hacking of his social media account. History speaks for itself! Particularly when the past record of outbursts have been repetitive and habitual. This sort of behavior runs deep down into the brand's DNA and sensibility towards denouncing the diversity of its customers.