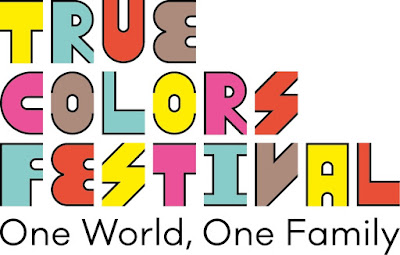 The Future is Now! unites some of the world's leading tech companies and fashion brands with a diverse cast of models to present innovative creations. This video series – which includes an atmospheric pre-recorded runway show & revelatory conversations between cast members – now on the True Colors Festival YouTube Channel, captures human creativity at its best, and the endless possibilities that technology offers.

Meet an ALS creator who makes art with eye movement input, see hearing aids are worn as fashion, prosthetic blades for children, discover an ingeniously designed trench coat...and more. "Since the invention of computers, we have been able to solve problems with software, and it has become easier for people to connect with one another. In keeping with this idea, The Future is Now! sets the stage for diverse people to express themselves with fashion that's empowered with technology," says Yoichi Ochiai, renowned media artist and general director of the show.

Participating models include Masatane Muto, a DJ with ALS who plays music with his eyes; Pippi, a deaf model who has graced ad campaigns and fashion runways; Hirotada Ototake, bestselling author of the memoir "No One's Perfect" about his life without limbs; and Fumiya Hamanoue, a visually impaired Paralympic climber.

Collaborating brands include Xiborg Inc. and SONY Computer Science Laboratory, both specialists in prosthetics enhanced with robotics; ONTENNA, which converts sound information into light and vibration; Tommy Hilfiger Adaptive, the first major label to launch a full-fledged adaptive line; and KANSAI YAMAMOTO, the fashion house that has dressed luminaries like David Bowie.

"I want to build a world in which not having the use of legs will not be an obstacle to running. I want to make running with a prosthetic leg a normal thing...for everyone," says Ken Endo, founder of Xiborg Inc. and researcher at Sony CSL.

The Future is Now! is the third part of the True Colors Fashion series produced by Kao Kanamori. The first two parts were launched in March this year: Clothes in Conversation, a documentary available to watch on

YouTube, and a photo exhibition at the annual Shibuya Fashion Week.