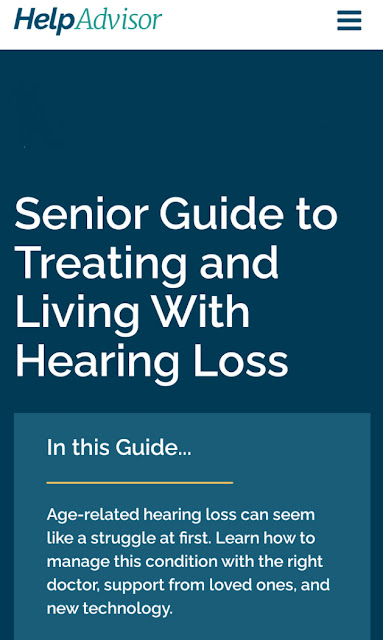 Senior Guide to Treating and Living with Hearing Loss

Image: HelpAdvisor There are a few key informational gaps across the web for seniors with disabilities. One of these gaps that we've identified is a lack of consolidated, practical info for seniors with hearing disabilities. Many seniors find themselves struggling with newly developed hearing loss but it is an issue that can be helped with the right support and information. In addition to the technology that is available, there are matters of lifestyle, financial support, and health considerations to be addressed. This guide 🙌 is an all-in-one page covering these issues that would be a helpful addition to your collection.  These provide a clear, consolidated overview of lifestyle tips and support available for the hard of hearing. https://www.helpadvisor.com/co nditions/hearing-loss-resource -guide + https://www.medicareadvantage. com/resources/hearing-loss-and -medicare-resource-guide Insights and Information courtesy of,  Sarah Martell ,  www. moreconnected.org