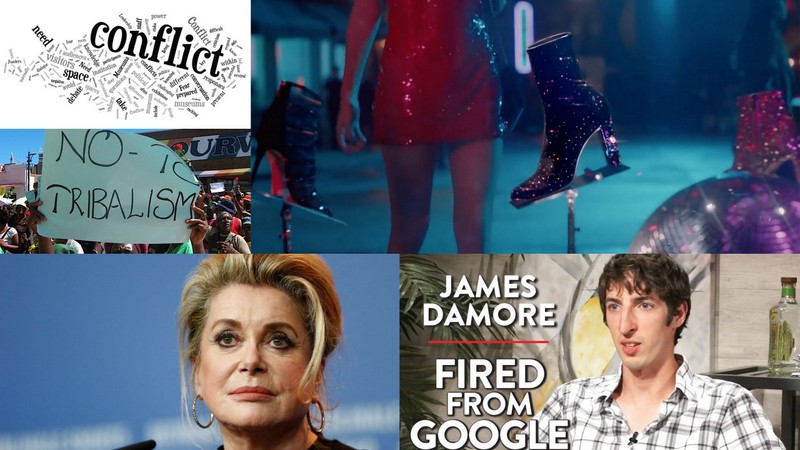 Brand messaging has always been an amalgamation of several branding elements - In Jimmy Choo's case, it is invariably the combination of two divergent ideologies that of Jimmy Choo and Michael Kors, class and the mass. The end result is Jimmy Choo's "Shimmer in the Dark" Cruise 2018 ad commercial promoting a new sock boot featuring Cara Delevingne walking the streets of New York City at night amidst a series of catcalls(?!)- Labelled sexist, "tone deaf" and pejorative!

None of these labels defines it as much a luxury brand becoming more accessible than reserved, more mainstream than limited edition - oscillating between a sense of exclusivity and exposure, delicately striding over a visible transition. We've seen where the scales tilt with Coach acquiring Kate Spade to appeal to more millennials.

Being in the business of messaging and an advisor to some of the top global brands, I can say without an iota of hesitation that Jimmy Choo stuck to literal messaging but they could have gone the opposite way. This advert seems so disingenuous as well as stereotypical. In hindsight, it is heavily focused on drawing external validation!

Catcalls, or the lack thereof. There is nothing in the advert that warrants criticism, remarks and judgements that it invited in a flash following a backlash on social media.

This becomes a perfect example of how easily it is to rock the boat, ruffle feathers, walk on eggshells, and perpetuate contempt merely by positioning a brand within the competitive landscape by overriding its existing unique brand personality.

Is that the Michael Kors effect?

Coming back to the point, people are seeking new ways to define their sense of self, they get swayed by the idea because of so much information being fed to them about the -isms, they find their greatest sense of anchorage in it, and in doing so, if their idea is not matching someone else's idea, there is definitely a conflict of ideologies. And that conflict snowballs into a fireball that can take down anyone living off the exaggerated end of it.

Are we hell bent on tapping into the dominant culture by tilting the proverbial pyramid too fast accentuating differences that may further reinforce the structures of differentiation and discrimination? Is there a better way to level the power dynamics? We say diversity is about giving voice to the least dominant individual? Have a diminished groupthink sans all forms of tribalism? Catherine Deneuve's defending men's 'right' to chat up women in the wake of movements like #MeToo, and James Damore much publicised diversity memo - Are we reading too much between the lines? Are we? 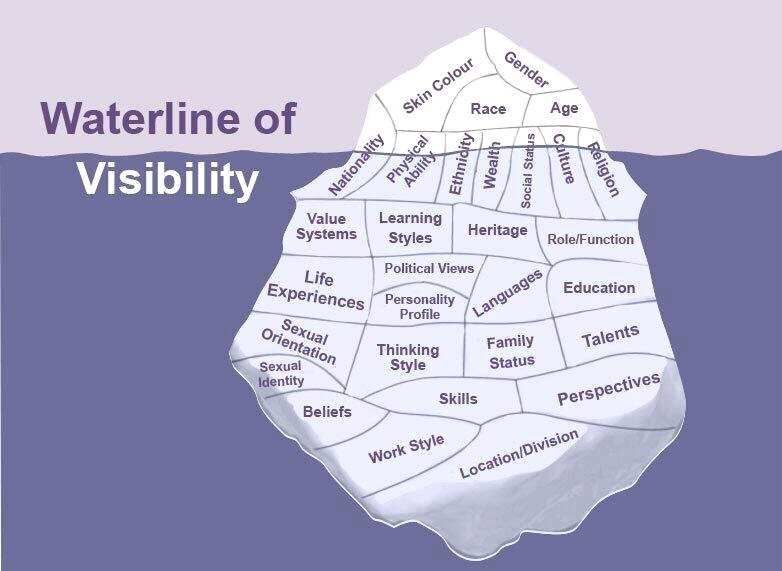 Image credit::  https://jacg3.weebly.com/iceberg-activity.html via https://www.brookgraham.com/ Disclaimer: This Image here is used for information sharing and non-commercial purpose only. This metaphor for diversity is so powerful. We never go deeper in the proverbial iceberg because we are so fixated on scratching the surface! A great graphic to show, when you talk to clients about diverse customers and talent. There are so many attributes and experiences that are not immediately visible. Here at Diverse Customer, we help our clients create powerful, accepting and relevant messaging and communications strategy as it is the cornerstone of being inclusive and progressive for organisations wanting to expand to new markets and demographics or wanting to hire diverse talent where less or no experience is not a showstopper, where there is no deep diving into employment gaps or no such thing as being too overqualified! - Amit Anand

Image:  equilibrium.gucci.com The Illuminati may mean a lot of things to a lot of us. Guardians, or the centuries old secret society of the creative, rich and powerful or a cult of an alien reptilian species ruling over humanity? Ha-ha, conspiracy or not, but  theories, nonetheless, are rife with speculation.  The third Eye or the Eye of Providence and The Scale that have some deep roots in the ancient cultures. These symbols had different connotations but some have retained their symbolic  representation even today i.e. The Scale which implies Justice. Anyhow, Gucci has been showing some elaborate symbolism both on and off the runway. From heavily occultism-induced Fall Winter 2018 runway show  where models held replicas of their heads or were seen supporting a third eye as accessories, adding onto the unusual  to now the launch of Gucci Equilibrium on the World Environment Day. Gucci Equilibrium is a 10-year plan to embed sustainability strategy into and around the

The image above at the beginning of the post is an adaption of Coca-Cola's Zero Racism stance by Brad Ross, Director - Global Football Marketing at The Coca-Cola Company that he shared on  LinkedIn . You would notice how fervently any racial slur, racial profiling, and racially-charged invective is dealt with in the modern world. So much so I don't need to write a thesis on this subject. You read about a familiar kind of inclusion-driven calling cards from organizations that have become highly sensitized to many gaping disparities and biases that plague organizations around the world.  As a coach in inclusive and intercultural communications, I love citing examples that have become commonplace and almost a norm -  it is heartening to see that many such disparities are being challenged at every opportunity,  one of the tenets of effective diversity strategy,    as some great brands and companies take a stand for something more than just profits or something   ga